Tue May.28.2019SpotlightComments Off on Weekly Update from Tech’s Top Dog 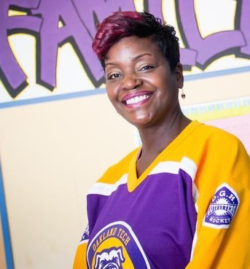 I am so proud of our students and teachers. A recent story in the San Francisco Business Times discussed the number of graduating seniors from Tech’s Class of 2018, who, according to the University of California admission database, were accepted to UC Berkeley for the Fall of 2018. They crunched numbers from the UC admission database to determine which high schools in San Francisco, San Mateo, Marin, Contra Costa, Alameda and Santa Clara counties had the most students get into UC Berkeley.

The results identified 50 Bay Area High Schools that have the most students admitted into Cal. Of the 50 schools identified, Oakland Tech is listed 16 on the list of 50, with a total of 30 students having been admitted. A shout out to Oakland High who was also on the list! Though we don’t have official numbers yet, it appears that Tech’s Class of 2019 had another banner year of Cal acceptances!

As I mentioned last week, Tech will be moving to a Block Schedule, but not until the 2020-21 school year. Next year, the staff will work on preparing for the implementation of the new schedule. Many schools in the Bay Area have moved to block schedules, and the Measure N commission has mandated that we, too, implement block scheduling. We believe the new structure will provide better supports to our students. It will allow for increased interventions and remediation, and will allow students to participate in internships without missing class. In addition, for the students who have to travel from the Main Campus to the Upper Campus, a block schedule means many of them will not have to make that commute daily. Tech’s block schedule will include attending all periods one day per week and then on the other four days there will be an A/B schedule in which students meet every other day for longer periods.

In the meantime, remember to check the website for summer assignments and registration updates.

Have a fantastic summer and see you in August!

Previous letters are available in the Bullhorn archive