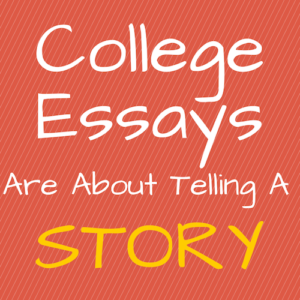 The College Essay program involves many skilled mentors, including:

Melinda Clemmons Blackorby, the parent of two Oakland Tech graduates, is a freelance writer and editor for nonprofits serving children, youth, and families. Her stories and poems have appeared in The Cimarron Review, Kindred, Cavalier, West Trestle Review, Eclipse, The Monthly, The Chronicle of Social Change, and elsewhere. She loves working with students in the Oakland Tech college essay program.

Deepi Brar is a longtime writer and editor who specializes in simplifying health and science for everyone. She is a parent of an Oakland Tech senior and loves to help young writers develop their stories and skills. Deepi holds BS degrees from Caltech in biology and literature and an MJ from UC Berkeley’s Graduate School of Journalism. She is also a member of the faculty at The Crucible, an industrial arts center in Oakland.

Amy Crawford is a long-time English language arts high school teacher, a Bay Area Writing Project Teacher Consultant, and works with beginning teachers at University of San Francisco and. She is the editor at Family Love Letters, where she synthesizes oral interviews into letters. Amy is a Laney College photography department junkie and the mother of an Oakland Tech graduate and current senior.

Jan Crosbie-Taylor is a professional communicator with a masters degree in education. She was a technical writer for ten years before moving into work as a trainer and organizational change facilitator. She currently works for UC Berkeley and lives only a few blocks from Oakland Tech. Jan is a longtime resident of Oakland and loves working with high-school-aged people.

Jamie Eder has been a research and writing lawyer at the United States Courts for over 20 years. He writes about cases involving prisoners’ civil rights and their challenges to their convictions and sentences. Jamie has children at Tech and Claremont Middle School. He has worked with teens as a soccer coach. He went to Cal, and he lives in Oakland.

Lisa Fernandez is a parent of a Tech junior and a graduate now at UC Santa Cruz. She has been a journalist for 30 years. She has worked at the San Francisco Chronicle. the LA Times, the Mercury News and currently writes, reports and produces for KTVU, Channel 2.

Jana Good is a marketing professional who loves working with high school students on the college admissions process. A mom of two Oakland Tech graduates, Jana has helped dozens of students identify and hone the narrative of their college applications. Jana currently works in marketing for Stanford Health Care.

Peggy Griffin has a BA in history from UC Berkeley and an MBA in finance from SF State University. She had a long career in the commercial insurance industry. She was a coach with Writer Coach Connection for seven years in Berkeley, and currently volunteers with College Is Real at De Anza High School in Richmond, helping seniors (often the first in their families to attend college) with their application essays. She has guided her three kids through the college application process. Her oldest is a Tech graduate, and her youngest started college last year. She loves helping kids with their essays and is excited to be back in the Tech community.

James Huber is in his third season as a college essay mentor at Oakland Tech. Before that he volunteered at ScholarMatch in San Francisco for three college application seasons, helping high school seniors with their college essays. In spring 2021, James hosted a career panel for Oakland Tech students with over 80 attendees and has volunteered with East Oakland Collective and the Oakland chapter of St. Vincent de Paul. James currently lives in Oakland and works as a product manager at Workday.

Carolyn Jones is a senior reporter at EdSource, a nonprofit journalism organization that covers education in California. She previously was a news reporter at the San Francisco Chronicle, the Oakland Tribune and other publications. She graduated from UC Berkeley with an English degree, and has two kids who graduated from Tech and are now in college.

Cristian King is a first generation college graduate of San Francisco State University where he majored in English Literature. After graduation, he spent five years working in a variety of roles at educational equity-focused non-profits. Most recently, he was the program manager of a virtual college access program for low-income, first-generation high school seniors at ScholarMatch, a San Francisco-based college access and success organization.

Star Lightner is an attorney and the senior editor of Miller & Starr, California Real Estate 4th, a 45-chapter treatise on real estate law. In that capacity, she edits the treatise annually and works with a dozen chapter authors, as well as authoring six chapters herself. In addition, she writes Miller & Starr, Real Estate Newsalert, a bi-monthly publication on current real estate developments. She is also a regular contributor to the California Real Property Journal. In law school at UC Berkeley, she was editor in chief of Ecology Law Quarterly, one of the country’s foremost environmental law journals. An Oakland native who attended public schools at every step of her education, she now has a junior at Oakland Tech and a 7th grader at Claremont Middle School. She is very excited about working with students at Tech.

Mike Mechanic has been a senior editor at Mother Jones magazine for the past decade. He was previously managing editor at the East Bay Express. His work has also appeared in Wired, The Industry Standard, and the Los Angeles Times, among other publications. He is a UC Berkeley graduate (biochemistry) and has masters degrees in cellular and developmental
biology (Harvard) and UC Berkeley (journalism). He has lived in the East Bay
since 1983, and in Oakland since 1997. He has a son at Tech and is currently
working on a book about wealth.

Pam Rich has over 10 years experience teaching high school history where she emphasized the writing process. A graduate of Brown University, she currently works in Organization Effectiveness at UC Berkeley. Two of her daughters recently graduated from Oakland Tech.

Sarah Weld is a longtime writer and editor, who has worked as a daily newspaper reporter for the Oakland Tribune and the San Mateo County Times, editor of The East Bay Monthly, associate editor of Oakland and Alameda magazines, and in communications at Saint Mary’s College and Cal State East Bay. Sarah also taught high school English for a few years, and has shepherded her two children (both Tech grads), and many other students, through the college essay process. In addition to her professional writing and editing work, she also writes nonfiction essays, which have been published in various places, including The Monthly, Using Our Words, and on KQED Perspectives. She currently manages communications for the clinical program at Berkeley Law school.

Hilary Zaid holds a Ph.D. in English from the University of California, Berkeley, where she taught for many years in the undergraduate writing program, Hilary has mentored college essays writers privately and through a Stanford-based summer program for low-income students. She much prefers college essay advising models that promote equity. A 2017 Tennessee Williams Scholar at the Sewanee Writers’ Conference, Hilary is also an alumna of the Squaw Valley Community of Writers and the Tin House Writers’ Workshop. Her short fiction has appeared in publications including Lilith Magazine, The Southwest Review, The Utne Reader, CALYX, The Santa Monica Review, and The Tahoma Literary Review. Her novel, Paper is White, was long-listed for the Northern California Independent Booksellers’ Award and the winner of an Independent Publishers Book Award (IPPY) for LGBTQ+ fiction. The parent of Bulldogs from the classes of 2019 and 2022, Hilary is the coordinator of the Essay Mentor program.

Questions about the Essay Mentor Program can be directed to your senior English teacher, senior advisory teacher, the Assistant Principal for seniors or to the Oakland Tech or Fremont High College and Career Center.