Oakland Tech is committed to our work on increasing equity, expanding Culturally Responsive Pedagogy and augmenting the voices of our scholars.
Beginning in February, the OUSD Equity Team, Black Student Union and Community School Partners are hosting an Art and Writing Competition.

Please use these application links:

ALL applications will be accepted. For the 2020-2021 school year, the Student Voices Campaign invites California public school students to submit works of art from across all arts disciplines that address important community issues and respond to the question: How Will You Use Your Creativity to Impact Your School and Community?

Students deserve equitable access to a well-rounded education with full access to the arts as mandated by California law. They also deserve a seat at the table when it comes to conversations that affect them and the earlier youth are civically engaged, the stronger their commitment to our democracy will be.

Please join us on Nov.19th for the 2020-2021 Student Voices Campaign launch webinar to learn more about the campaign and how you can support youth voice in your community. This collaboration between the Oakland Eastside All Star Ensemble and Oakland-based Hip Hop artist JAHI. OEASE  was created with the support of SFJazz and Generations in Jazz Foundation. Special thanks to video editor Jean Black of Black Camera Productions and audio engineer, Mike Aaberg. This project speaks to the urgency of addressing racial equality and the systemic problems embedded in American society. These young musicians use their song and spirit to fight for what needs to change in our world. Please find the Performing Arts  Schedule with class assignments for each quarter. The Muse Vivo Orchestra is now accepting registrations. If you are a string musician please consider joining this wonderful performing all-city all school group .

You can register by going here: https://www.oaklandsymphony.org/vivo2020/ In early March 2020 the RTSO – a  local amateur string group – was asked to join in a side-by-side performance the Tech’s Orchestra for their Spring Recital, adding their strings to ours.  Mr Allen, our recently retired Music Director, invited Zoe King, an accomplished clarinetist in the Jazz Band and a member of the Oakland Youth Orchestra and OEA Jazz Group, to perform as a soloist the Clarinet Concerto No. 3 from Karl Stamitz.  Students and adults were excited for the up coming combined performance, and were looking forward to the April Spring Recital.

Then, came COVID-19. And, everything changed.

As early Spring turned into Summer the RTSO reached out to Zoe and asked if she was still interested in playing the piece. She was!
We recorded this piece on August 2nd in the RTSO’s conductor, David Morris’ garden, along with members of RTSO that wanted to send in their own singular recordings and assembled as part of a larger video meant to be shared with Senior Residences around Oakland – you can see the recently released entire video at this link.

Here is the extract of Zoe’s performance:  https://www.youtube.com/watch?v=UFGeLnD_aEk 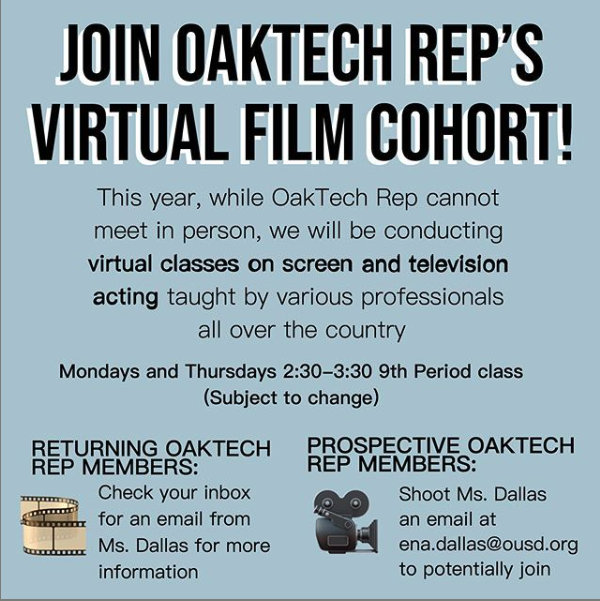 Imagine a celebrity performing your original song, dance, or writing!
On October 24, Arts for Oakland Kids will be hosting an online Made In Oakland Variety Show.
Celebrities and dignitaries will be performing original works created by Oakland students.
From July 14-August 10 we are holding a contest to find the original works that the celebrities will perform!

Contest details, information on prizes, and a link to the submission form are included below.
All submissions are due online by August 10, 2020 before midnight.
Proceeds from the variety show will fund grants to Bay Area arts organizations and teaching artists who provide arts education in Oakland’s schools.

If you are Oakland student aged 4-18, or you know a youth artist that might like to participate, please see below and share this information
We can’t wait to see all of your brilliant works! 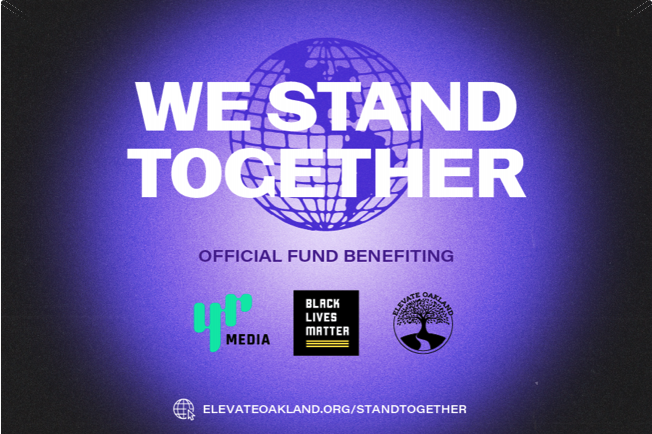 Link for more details and full line up: https://linktr.ee/WeStandTogether.

We gladly accept donations to any and all Performing Arts programs and the Auditorium Fund.

There are no upcoming events.